A Verizon Party With An Encore

Disclosure: I am participating in the Verizon Boomer Voices program and have been provided with a wireless device and six months of service in exchange for my honest opinions about the product.

Early Saturday morning as party preparations were under way snow started to fall in those big beautiful flakes that we loves so much. I new we were under a winter weather advisory but pushed that fact to the back of my mind. I got started on food preparations and equipment testing. While I worked to some Christmas tunes being played on my Samsung Galaxy Note 3 over the Mini Jambox by Jawbone my husband began cooking beef ribs in his homemade barbecue sauce.
Looking out the window on and off as the day progressed my husband got a little nervous about the weather and began calling the guest to be sure they were still planning to attend the party. After all the calls were made, each guest had assured us they would be able to make it. We were able to relax and complete all the party preparations needed in plenty of time to spare. Then about an hour before the guest would start to arrive we began getting call offs because of the winter storm that was settling around us. After most of our guests cancelled we called the remaining guest to reschedule for the next day. Unfortunately, we were not able to call the party off completely because there were a few party guest already out on the snow covered roads in route to our home. So, on the spur of the moment I knew I would make my presentation of all the great Verizon products that evening and give an encore performance the next day. At least that is what I thought would happen. I actually did one presentation on Saturday evening and two on Sunday for the guests that had other prior obligations and could not all show up at the same time. I saved the prize giveaways until the end on Sunday evening and did a drawing from all the guest that showed up over the two days time. I even included the Skype and Hangout guests in the drawings.
Our menu consisted of Barbecued beef ribs, Greek salad, fresh green beans with slivered almonds, buttered potatoes with parsley, and two Swiss cake rolls chocolate and red velvet. 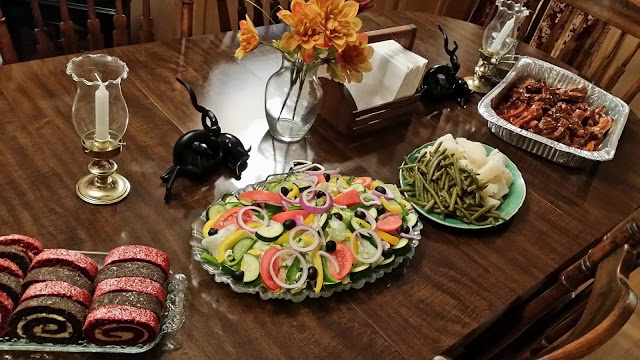 The products featured and given away at this party were as follows.
MINI JAMBOX by Jawbone
Check out the Mini Jambox here. 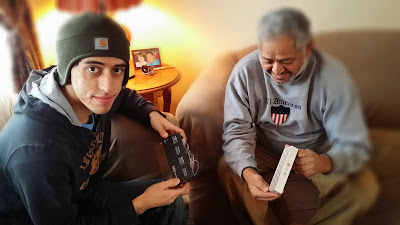 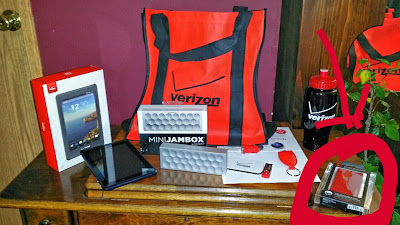 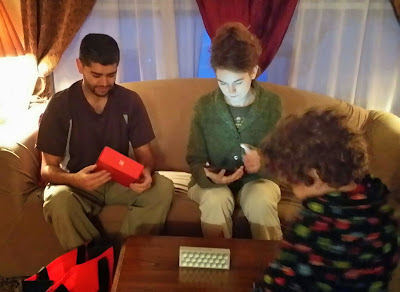 Most of the guest that attended this 2nd Verizon Boomer Voices Party were in the age range of 20  to 29 years. We did have a couple boomers like myself but the young crowd was represented very well. A vote from the guest picked the MINI JAMBOX by Jawbone as their favorite product. That said the FitBit One was the winner at the first party I hosted. You can read about that here.
More guests. 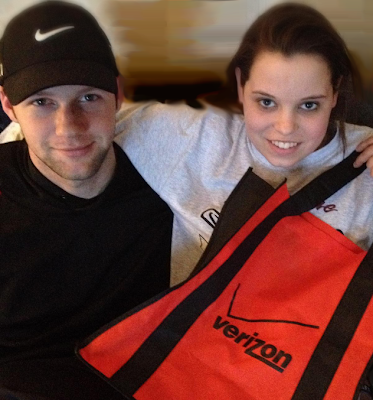 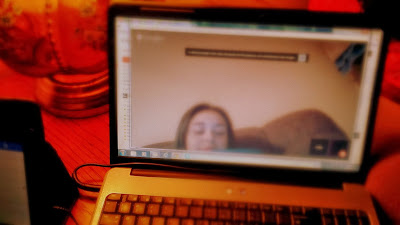 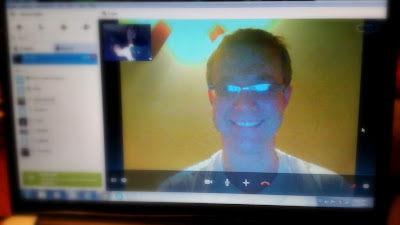 What would you pick as your favorite product for the above list?
Posted by Grandma Bonnie at 7:11 PM