A Little Bit Of Everything

I have been slacking on my blog these days. I thought a little update on what I have been up to might be in order. So, we have had this stray rooster hanging around our home for a couple months now. Well, I am not sure I should call it a stray as we do know where it came from. The neighbors two doors down moved away and did not take their rooster with them. some new owners have since moved in to the home but I am guessing they don't think the rooster belongs to them. He has been hungry so I have been feeding him and he has decide to adopt us as his new family. The cats and dogs have no problem with him hanging around. It is kind of funny to see them interact. 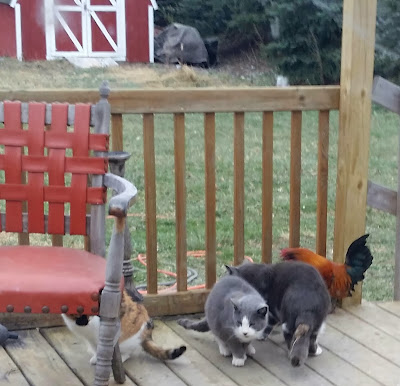 Our cats and rooster sharing water. 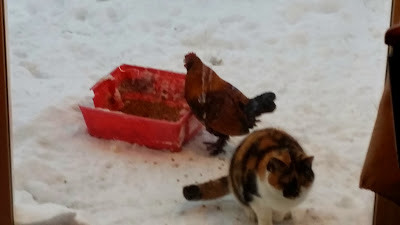 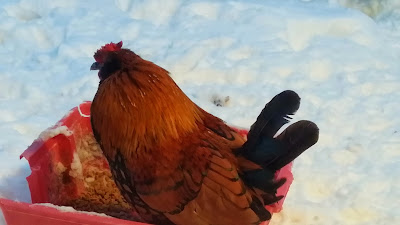 We took a trip over Thanksgiving to see our grandsons Pooh Bear and Little Roo. We even took Scooby with us. I had never taken a dog on such a long ride before. Scooby behaved great. We will probably take him on lots of future trips considering how much he enjoyed the trip. 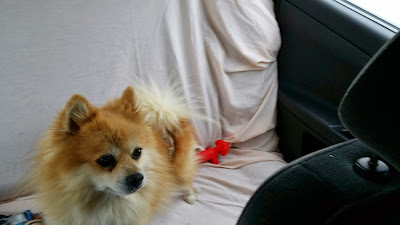 I placed a sheet over the back seat and blocked the space between the seats so he could not get into the front seat. It work well and no dog hair was left on the seats or our clothing.
My grandsons made  a ginger bread house. That was so much fun. While Pooh Bear glued the house together with icing Little Roo snatched a wall and started munching on it. It was so hilarious.  My daughter and I were laughing so hard as Pooh Bear was trying to build the house with parts that had little bites from them. I caught a cute photo when Pooh Bear thought no one was watching. Who could blame him for tasting the icing it must have been hard to resist the temptation. Lol, they were so much fun. 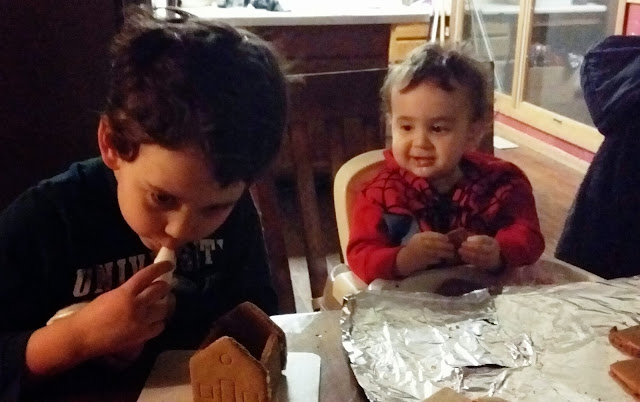 Any how we have gotten our share of snow and maybe someone Else's share of snow you might agree. I just hope by morning it has stopped so I might be able to get to my Christmas tree in the storage shed. I can not for the life of me remember why I decided to store it in the shed this year. I did that about ten years ago and had a hard time getting to it. So after that I have always stored it in our house. One forgets many things as we get older. So this is the first year in many that I do not have my tree up the day after Thanksgiving. 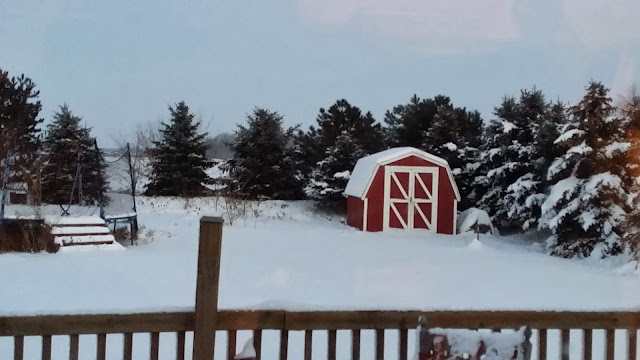